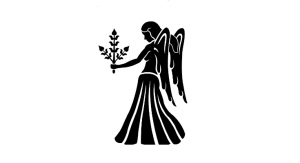 It was announced the other day that at least two more weeks of isolation have been added on to my socially- distanced state mandated sentence, leaving me little choice but to open another beer and sit back quietly tonight, taking stock and reflecting back upon all the experiences that have combined in the creation of me.  All the events and all the moments that amalgamated themselves together to form this brokenly strange caricature of a man, lost to his words while all around him the world continues to burn and flail in infectedly predictable repetition.

I was taught very early in my formative years how to reflect meaningfully, poignant and hard.  And those lessons served me well, all across the many miles and years now left behind me in the mystic fog of late middle age memories fast fading.

I clearly remember standing stoically in a sea of neatly tended and impeccably arranged white marble stones, each carved deeply with once cherished and beloved names, the final permanent etchings of the hallowed promises of a great nation mourning her sons and daughters lost.

I remember standing silently mute and overwhelmed before a great polished black granite scar cut deeply into a capitol’s hillside.  The voices of 58,320 broken promises wept in unified chorus, the underlying shine reflecting right back into the face of the curious visitors the undeniable potential of an entire generation so callously sacrificed.

I have wandered ghostly battlefields, too many to count now, my only company the linear patterns of historically placed stone flank makers, designating the final stands of men brave beyond measure.  All too often above them rise well-endowed equestrian statuary enshrining glorious heroes of higher ranks, seemingly still shouting out the desperate orders to their regiments as the long silent artillery mutely guards the approach.

I have been consumed entirely in the ethereally quiet moment of a Galway sunrise pushing up from the edges of the tumultuously unpredictable Atlantic, captivating me and making me yearn, even now, for those precious and cherished moments spent in my adopted home.

I have raced undetected through the dark and unpredictable English countryside, hilariously lost and off the map, pushing through comically circular round-a-bouts, running hard towards London and that early morning Heathrow transatlantic flight.

I have been blindly drunk in countless cities foreign to me at the start, though we always seemed to part on friendly terms.  Most still remain hazy in my recollections, but I still hold them dear for the sake of their experience and hard lessons learned.

My heart, unguarded and often misunderstood, has known genuine, undeniable love a handful of times and with one notable exception, I treasure them all beyond measure.  They remain stubbornly in the foremost of my thoughts long into the depths of this pandering isolation pounding hard inside my head tonight.  And I just can’t shake myself free.

I instead fixate on how selfishly I squandered them all in fits of misdirected self-destruction that I’m not sure I could ever fully explain to anyone’s satisfaction.  I stole hearts that I had no right to steal, often under the guise of a cleverly worded joke or a hastily scribbled poem shared.  I sometimes said the word “love” when an entirely different word would have sufficed- not an intentional lie, because it was meant in the moment shared.

But, those moments often do not last through the night to see the light of the best day dawning.

Sometimes, it all catches up to you unexpectedly in the midst of an isolated pandemic night pushing in hard from the city streets of Wayne.  Sometimes, the memories swing in long before the music has ended, leaving you no other choice but to try and shout them down with whatever numbing medicine there might be on hand, though the stock is running dangerously low.

There has been precious little in my life that would warrant a dignified marker where mourners might one day gather to toast the memory of me.  There have been no brave deeds to mark my many stands, so foolishly naive and intentionally hidden.  My many sacrifices have been anything but notable or noble; my flanks remaining unguarded and exposed.

The only meaningful marker that matters here at the possible end of the world are my words, so earnestly written and brazenly shared.  They will, hopefully, outlast me and somehow tonight, that seems like enough.

Because as the song almost says, fuck it, you can sacrifice me to the weather, if you promise that you’ll let my words live forever.