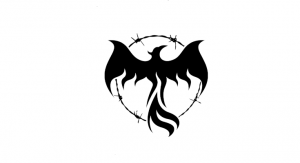 I happened to mention Ireland in my last post and that, coupled with the gentle prodding text of a dear friend, has me again thinking about that little island on the eastern edge of the Atlantic.  I have intentionally chosen to refrain from writing much about it in the past because I always had the nagging fear that my words, no matter how earnestly written or how cleverly edited, would never be able to reliably capture the experience of setting foot upon the stereotypically green soil of that ancient and often misunderstood land. But sitting here now, on the crumbling edge of what seemingly remains of our previous civilization, I realize that there really isn’t much left to lose.  So buckle up.

The flight out of Chicago is usually the same as the last, assuming there aren’t any unexpected mechanical problems with the airframe or some uncooperative and fickle Midwestern weather unpredictably rolling in off the lake with its resulting creeping, pandering delays.  Once herded on board, it is a little under eight hours strapped inside a metal tube, when the prevailing winds are favorable to the flightpath, helping to push that computerized aluminum winged wonder more efficiently east over the expanses of an ocean churning turbulently underneath.

Eight hours five and half miles up in the sky, while in itself not a punishingly long flight, is still just long enough to allow a mind to wander through the many scenarios involved surrounding the possible potential for the “unlikely event of a water landing”.  Granted, there really isn’t a gentle way for the attendants to make their points of safety, though I cannot help but to think that the traveling touristy chattel might pay closer attention to the demonstrations if the uniformed, comically flailing attendants were allowed to use the phrase “fiery, plummeting death spiral into the middle of the unforgiving Atlantic Ocean” during their spiel.

Depending on the time of day of departure, or how much relaxing faith is naively placed in the magically protective seat cushion buoyancy and thoughtfully included plastic safety whistle, some feel comfortable enough to nap away the sky miles.  Others read books or magazines, hopefully brought from home and not purchased at one of the many overpriced venues at O’Hare preying on the traveling masses, flush with vacation cash.  I usually just listen to music and watch the people, all while ordering drinks whenever I am able to catch the attention of the overworked attendants passing down the narrow, ankle busting aisle.

On flights when you are fortunate enough to have been assigned a window seat out which to gaze, Ireland always seems to pop out unexpectedly from the swirling blue border of the Atlantic waves, a startling geometric pattern of greens and browns growing larger and more bright as the plane slowly descends on a final approach.

It is always a jet-lagged invigorating thrill to be back in the heartbeat of a familiar Dublin town, always so welcoming and always so vibrant, with its vast history waiting with arms open to the challenging embrace of new adventures offered.  It is a peculiar and unique traveling high, so expensively addictive, and one which I spent so many years chasing down, hard.  That high, though, can be fleeting, and more times than not eventually gives way to an underlying, pervading sadness.

A quick jump on any number of buses or shuttles shuffling south through the city and it isn’t long until you are in the heart of Dublin.  And it really doesn’t matter where you hop off: at St. Steven’s Green, O’Connell Street, or even College Park.  As long as you keep mental note of the location of the Liffey, or even the bay to the east, it is nearly impossible to get lost.  And even if you do lose your way temporarily, an enjoyably unexpected adventure will most likely be found on the other end, so there is very little to lose by taking that chance.

I always like to start with a walk down through the bustling youthful exuberance of Grafton Street, full of aromatic little tobacco shops, an eclectic variety of small stores, and pretentiously trendy little restaurants, all clinging tenaciously to the last lingering bits of the Celtic Tiger.  It’s always fun watching the crowds, often comprised mainly of tourists frantically shopping and buying up their little pieces of overpriced Ireland, so conveniently miniaturized for easy packing at the end of their trip.

The little coffee place along Bachelor’s walk, over by the O’Connell Street bridge straddling the River Liffey, is, far and away, the best spot in the whole world for morning tea or coffee.  There is just something incredibly special about that spot and I can never quite figure out how it is that it can be so very busy, and yet still so very peaceful and relaxing.

From there, the pilgrimage up to the GPO is a brief one.  But it is worth it to see that impressive portico again, still bearing the hateful scars of 1916, a tangible reminder of all that the city has suffered throughout its history.  And there are constant other reminders of that, just under the surface and seldom more than a short bus ride away.

There is Kilmainham Gaol, over by Phoenix Park, where so many of my personal heroes met their final day, after countless indignities of torture and endless interrogations endured.  I stood in the very same spot where they were shot down during the many secret sunrise executions, the ultimate human toll paid for having so boldly proclaimed the birth of their new republic, an undeniable challenge to the crown during that fatefully disastrous Easter uprising when the poets fought the might of an army. Guilty only of standing up to an oppressive invader already at war with most of the world, those men stared down the might of an entire empire with eyes unblinking and hearts unwavering, indelibly signing their lofty Proclamation with the blood of rebel hearts seeping slowly into the jailhouse grounds.

I have never been one to believe in much of an afterlife, but I swear that their spirits still haunt those cold and clammy stone cells and dark hallways.  Their illicitly inflammatory graffiti, scratched furtively into the very walls, still screams out the stories of their suffering and their steadfast beliefs, though not many people take the time to read it anymore.  And that truly breaks my heart.

Glasnevin Cemetery, just off of Finglas Road, holds some of the most hallowed ground on the whole of the island.  It is the final resting place of numerous patriots and so-called rebels who held their lives cheap, and who, when the pivotal moments came upon them, selflessly sacrificed themselves for the idea of a nation finally free and independent.  They rest now in eternal quiet under fading stone monuments seldom visited, but cherished all the same.

But Ireland isn’t really about the places.  Or the cheesy leprechaun shamrock covered souvenirs.  Or the beautifully panoramic digital pictures of a scenically serene countryside captured.  It is about the people, most of whom, if given a respectful moment to figure you out and get past their understandably guarded mannerisms at the approach of a stranger, are often all too willing to freely share a pint, or the telling of a good story or a joke.  Or, if you are really lucky, and maybe invest in buying the table a few rounds, a song.  And that to me is the real Ireland, the thoughts of which keep feeding the wistful yearnings of an unrepentant Fenian so desperate to go back home again, never more so than now, during the depths of this boring and claustrophobic forced isolation.

The people have known centuries of hardship, if not outright heartbreak, throughout the whole of their turbulent history.  Oppressed.  Intentionally starved and ridiculed.  Robbed of their lands and quite often their dignity.  Belittled and crushed under the weight of unimaginably invasive tyranny, so brutal in its indiscriminate applications.

And yet through it all they still managed to hold a remarkable grip upon their humor and their generous humanity.  And their genuine hopes for a better tomorrow, backed by the willingness to actually do the work for it.  They wrote some of the most beautifully endearing music, poetry, and literature ever, even as their sons and daughters were being sacrificed and starved out of their homes, forcing so very many across an unforgiving ocean in the desperate hope of finding a new life in an often unwelcoming new world.

Their homemade poitín, an understandably necessary numbing anesthetic for some, especially further out in the countryside, can just fuck right off, though.  That stuff is no joke and is best avoided, at least until you make your peace with sacrificing a significant number of brain cells and facing the very real possibility that you might very well wake up under a pile of turf, covered in bruises and wearing that linen dress all because the lads thought it’d be right good craic. So watch out for that.

Fortunately, there isn’t time, and I’m honestly not nearly drunk enough, to include any personal thoughts on those six northern counties so vastly different in their vibe and patterns.  I will simply say that it is still so heartbreakingly wrong that a small part of a larger whole should still feel that strange and foreign.  If you stick to the lower 26 of the Republic, I can promise you an amazing time, regardless of intended itinerary or bookings.  Venture across that northern border and you will be met with distrustful stares and an endless gauntlet of polite hostility, as the loyalist whispers stalk and linger guardedly behind seemingly every corner.

Ireland can ultimately be whatever you want it to be, if you just genuinely open yourself to the totality of the experience.  Maybe that is why such a tiny little island takes up so much room inside my heart.  Every time you step off that airplane, you get an all too rare chance to redefine yourself in ways once thought unimaginable.

And that feeling alone makes the flight home worthwhile.