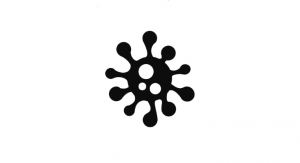 And so it is, yet another isolated rainy night spent solitary in the currently slumbering City of Wayne, sitting in front of my typewriter and an annoyingly accusatory stack of blank pages waiting impatiently for the company of impressed ink.  Another night and another block of endlessly empty overnight hours spent forsaking the expected tenants of more healthy hygienic concerns for the numbing, temporary promises provided by selfishly imbibing in the nightly ritual of my highly proofed constant companions.  Intentionally not setting the mood with either flickering candlelight, or waftingly aromatic incense curls, but rather settling for the pungent, earthy stink of a constant stream of tobacco burnt in sacrificial regularity to the rhythm of this state-imposed insanity closing in hard.

Another night boxed in with another boxed in collection of wine, held ultimately unaccountable for my poor decisions and regrets, culminating not in the creation of some seedy self-serving den of unprovoked inequity, but rather combining instead to create the fetid, uneven birth of a silently debaucherous shine to my many failings and my too many regrettable sins, screaming out so horribly unfiltered here at the ending of the world.

The efforts to keep my head above firewater are failing.  My mercurial attempts at focusing on the positives seem to be souring even faster than that painfully expired tub of yogurt shamefully pushed to the back recesses of the refrigerator.  The same tub purchased on the front end of the lock-down in the naive expectation that the time forcefully isolated would be spent in the pursuit of healthier endeavors.  The same bulging tub that I refuse to dispose of because I’m convinced that I lack the skills necessary to competently defuse the puckering dairy-based time bomb that sits as a ticking testament to my failed good intentions.

I am fortunate enough to have a pantry otherwise full of other questionable food choices at my disposal to help sustain me.  But my soul is still somehow starving, seemingly always on the verge of wasting away into an unfulfilled nothingness.  There is apparently some as yet undiscovered recipe required to fully nourish and revitalize me.  Some complicatedly confusing and foreign recipe, devoid of clear instructions and necessitating the use of some always elusive ingredient so impossibly difficult to source.  And I have looked endlessly for it over these past forty some fruitless years, insatiably.

But despite my overdue diligence and waffling willingness to magnanimously substitute wherever the situation required, I still find myself unsurprisingly unsatiated and alone at the end of another burdensome night.  Another night consumed with this rumbling unappeasable hunger that keeps me tossing and turning until the dawn again breaks out over another statistically numbered day here in the claustrophobic City of Wayne.

I have a fairly comfortable and safe roof towering judgmentally over my head, here on the disadvantaged fringes of the economically challenged heart of this little locked down flyover town.  But while I may benefit temporarily from the rented shelter it provides, it also stands as a stoic, thin-walled reminder that I will most likely never have a home.  At least not in the traditional, post-war Rockwellian fashion that was spoon feed to us all throughout a 70s childhood, those oddly unstable and turbulent years when the nostalgic whispers of the “good old days” still punched in through the recessive polluted haze of a post-hippie world rapidly revolutionizing.

I hear the voices of children never destined to be born.  I hear their laughter-tinged bickerings and their playful tauntings towards each other in the joyous revelry of bonding sibling rivalries blossoming.  But those sounds exist only inside my head.  The house actually echoes empty through the night, filled only occasionally with a never-ending queue of saccharine Hollywood movies and terminally predictable multi-season sit-com cheesiness and predictability.  Or sometimes, the played-out playlists playing to a disinterested audience of one, so emotionally desperate to change the background chorus.

There are only passing thoughts of ever enjoying a possibly resuscitated tomorrow, but they never seem to stick.  Not when the often-promised glory days of a golden retirement dutifully earned evaporated crushingly in the novelly-inspired collapse of a stock market not strong enough to bear the weight of a society falling down.  There is no financial respirator available to those of the expendably dependent work until you die class.  Those monetary lifeboats were saved and set aside for those already safely afloat on unconscionable oceans of obscenely hoarded wealth, leaving no room for those whose bootstraps weren’t quite long enough to pull them free from the suffocating quagmire of a lifetime spent working poor.

If the current events have proven anything to me, regardless of systemic scientific method employed or diligently documented sources cited, it is the unsettlingly undeniable fact that sometimes you are the hapless victim, indiscriminately chosen at the callously random whims of a virulently unfair world.  And sometimes, you are unfortunately the very virus responsible for having caused such chaotically wanton wholesale destruction.

I sit here, embarrassingly drunk for such an early hour on the 43rd day of this widespread quarantined insanity, entirely unsure which definition best defines me.  If I am honest with myself, I think it might just be that I am both of them, the concurrently conjoined shadows cast by the twin dark angels of my intentions, intertwined and terminally linked until the very end of my days fast approaching.

And I’m not sure that I can ever fully recover from that.