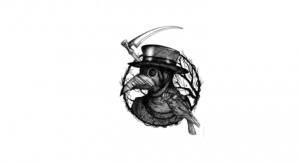 The City of Wayne is burning tonight.

I can feel the claustrophobic heat of the ever-encroaching flames, sitting here under the dying gasp of the twilight’s last gleam.  I can hear the chorused coughing cacophony of a city’s choreographed death rattle rattling.  I can smell the cloyingly unique stink of the pyre’s smoke blowing in through little windows originally opened in a last gasp attempt to finally breathe free.  Little did I know that it would only let in the muffled wheeze of distracted bad decisions, sharpening the precision focus on the desperately unmet desires of a single solitary guilty man.

Many mutual mistakes were made that night, behind the masked bandit kiss of a pandemically inspired stolen embrace.  Harsh lessons were learned hours after, blowing in hard on the spiteful breath of the approaching morning barreling down.  Bruising words were spilled in the glaring bite of harshly targeted text messages sent and received.  And sometimes ignored, even though I bear the indelible mark of her upon my chest.

The City of Wayne is still burning tonight.

The many temples of our hubris are crumbling, collapsing fast on rotten and petulantly greedy foundations long left to fester unchecked.  The scorching insanity still unquenchably infects, beamed nightly on the partisan politics clogging up the airways.  The health and wealth of an entire nation are evaporating behind hastily sourced masks and the ridiculousness of misused and somewhat misplaced patriotism misapplied.

But none of that seems to even matter now.  What matters the concerns highlighted on the national stage when here, in this little locked down flyover town, time stands still and eventually turns cancerous in its stagnation?  Why should I be concerned about the fate of the world when my own tiny little piece of it exists only on tenuous life support, barely pumping and rapidly tiring?

I’m tired of writing these fucking words that almost no one ever reads.  I’m tired of fighting for a meaningful tomorrow when that chance may very well not even materialize, at least not in a manner that is healthy.  I’m tired of trying so hard to win an unwinnable game, that for the life of me I just cannot seem to understand.  And, more than anything, I’m just so tired of being tired.

I am nothing more than an isolated plague ship of broken promises cast adrift without benefit of healthy winds in the sails, rocking uncharted thorough the turbulent waters of another relationship’s terminal collapse.  I am patient zero in a calamitous epidemic of one, both solitary cause and victim of my own tragically flawed existence.  I am the psychopomp’s devious wet dream, lurking pensively greedy around my sepulcher, already salivating at the thought of guiding the inevitably distasteful remnants of my rapidly expiring soul.

The City of Wayne is burning hard here tonight.  And I think it’s approaching the time for me to just jump into the flames.