Fuck, this one is going to hurt.

All day I tried my best to ignore the many electronic reminders set years ago, the ones bleeping and blinking up at me accusingly from nearly every electronic thing I own.  I knew already from past experience that trying to do my day job today would only end in unmitigated Excel-tainted disaster, so I did not even bother trying to fulfill those obligations quickly mounting in my overflowing inbox.

Instead, I kept myself as busy as possible with all the stupid little details of the day to day pandemically-tainted grind- masking up and going to the store, just to buy stupid shit that I really did not even need.  Or want.  A cursory cleaning of my little blue house, still locked up and isolated here in the broken heart of this City of Wayne, though it will probably be many more months before I even again have the awkward pleasure of entertaining visitors.  And sterilizing a carefully hoarded mask collection, for no other reason than it took another ten minutes off the clock of my day.

But those electronic things still kept blinking and bleeping at me, pushing me to do what I know in my heart needed done today, even though my feet seemed to be suddenly made of lead, leaving me stagnantly immobile in my hesitation.  It wasn’t until I was leaving the second unnecessary store of the afternoon, when the damn radio had to actually play that fucking song, that I finally surrendered to call and predictably turned the truck down that all too familiar path leading up that little hill, nestled towards the back sections and still dripping rainwater from the ancient oak trees towering above.

The path I must have driven hundreds of times before over the last sixteen years.

The winding path leading me back to her.

I have never really gotten over the idea of her.  Ever since those happier days spent together in a youthful love first shared, she has always stuck to me.  Hard.  She knew me in my early years, back when I was so very young and dumb.  And fearless.  Not because I was particularly brave of spirit, but because I just wasn’t experienced enough yet to be carefully cautious of the world.

It was much easier for me to just risk life and limb for the sake of a dumb joke.  Or the momentary warm gleam of a spotlight shining on me undeservedly.  Instead, that light should have been shining on her, dancing so gracefully in the footlights.  She was always so eloquently balanced.  And so astoundingly beautiful up on that stage, answering the dancer’s swan song calling.

Even then, long before personalities and future paths were fully set and developed, she was amazingly outside of my usual league.  So much so that it seems sometimes we both attempted to compete at our respective best, but in opposite sports, where the rules often blurred and became hopelessly muddled in the shadows of social circles so hopelessly mismatched.

She was undoubtedly headed towards the bigger leagues and I knew, with absolute, undeniable certainty, even before our first kiss, that she was headed for a greatness that I would never be able to fully understand.  Or share.  I was at best a minor league temporary fill-in substitute, destined to most likely live out my days in some battered trailer, just over the wrong side of the tracks.  A trailer filled with the stench of old empty liquor bottles, crumpled beer cans, and the pungent inescapable odor of regret.

To this very day, even all these years later, it still baffles me that she was even interested in me for that broken heartbeat whisper of time.  Not when she could have so easily attracted the romantic touches and attentions of far more promising and productive men.  She was far smarter, and better educated, than I could ever hope to become and with those gifts she held in her tiny, delicate hands the promises of a better future and the realistic chance to escape the cloying grip of this suffocating little flyover town.

But, for that small unbelievable window in time, she actually chose to be with me.  And that choice ultimately came to define me, though it took me far too many years to come to that realization.  She was the very best thing to have happened in my life, the crowning jewel outshining all others.  Everything since has been at best just a pale copy, a temporary placebo that only barely covers the wound.

I loved her with a passion that I couldn’t even begin to fully comprehend, but I could still feel it instinctively inside of me.  It pushed me to places I never even imagined that I could ever go.  It raised me up out of the muck of my tumultuous adolescence and gave a fleeting glimpse of a better world now open to me and within the grasp of possibility.

But it also made me so very fearful of the fall.

That is my biggest regret to this day, that I nervously let that love we shared overwhelm and consume me.  A love that I had to foolishly question in constant arguments fueled by underlying doubts and petty jealousies.  I should have ignored those compulsions to hold her too tightly.  I just should have simply been happy to sit there proudly and watch her dance.

She was my first real grown up love and it confused the fuck out of me.  I just could not understand why a girl like that would have even the slightest interest in a guy like me.  Not when I was so small.  Not when I was so carelessly brash with my words, not yet having mastered the art of filtering my often dark and poisonous sarcasm.  She was the gorgeously delicate and polite dancer; I was just the asshole hiding behind his snarky words and his leather jacket.

Maybe it is that she somehow saw the potential in me, discovering something that no one else could then see.  Maybe she just wanted to piss off her parents by dating a “bad boy”, who often snuck her packs of her Marlboro Lights and bags of peanut M&Ms before dance practice downtown.

Whatever her reasons, simply by her choosing to briefly love me, it bestowed upon me what I now realize is the biggest honor of my life- I was privileged to have held her heart.  Even if it could never last.  Even though it would eventually go so horribly, horribly wrong.  But for those moments too fleetingly squandered, I can honestly say that she was mine and I was unquestioningly hers.

And we were happy together.

I remember that first date, so awkwardly planned and childishly asked for within the laughable lines of that awful poem I wrote for her.  It was after an expensive dinner shared that we decided to head downtown to the big festival celebrating the city’s rivers when we discovered that she had accidentally locked the keys in her car.  Thankfully, there was a payphone nearby which allowed her to call our friend to come and rescue us from our predicament, ultimately driving us all the way across town to get the spare set of keys from her rather displeased parents.

We eventually did make it to the festival in the heart of the City of Wayne.  We strolled through the vendors selling things on sticks and impressively spun mountains of cotton candy, so sticky and sickeningly sweet.  We watched the people and laughed at the rides, both of us feeling too cool to actually ride them.  We even shared a lemon shake up and a perfectly fried elephant ear, even though we were both still so full from our earlier meal.

Once we had made our way through the alleys of junk food and the little booths selling questionable art and little plastic doodads, we eventually crossed over the road and sat on a little hill overlooking the square.  Off on the periphery, past the spouting fountains and crowds of festival-goers, Wayne himself stood watch, our own bronzed and cheerfully ignored chaperone.

I still remember the touch of her tiny fingers when she slipped them into mine.  As our hands intertwined in the first tender embrace of a hesitant new affection, I clearly remember thinking how lucky I was.  In making that simple public display of affection, she gave me something I had never really known before and it swelled my chest with pride.  In that endearingly innocent moment, she gave me context and definition I had always been lacking.

It helped me to understand why men would sometimes go to war for the heart of a woman because once she took my hand, in that instant I wanted to conquer the whole world and place it adoringly at her feet.  I wanted to be her Superman, fighting for the cause of her and protecting her from a callous, and sometimes evil, world.  More than anything, I wanted to hopefully return the favor so that she, too, might feel so treasured and adored.

For too short of a time, I did just that.  Well, I tried my best to, anyway.  But all of that all came crashing to an end.  And no amount of love, or fancy words, or embarrassingly juvenile poetry could have ever saved her from the path of her fate.

And that breaks my fucking heart.

Despite all the hurt, and unanswered questions still lingering, I do know that I am so much better for having had the experience of her.  It helped to forge the man sitting there on her quiet little hill under the spring sunshine, doing his best to ignore the unpleasantness of the wet grass and the tears forming in his eyes.

And yet I cannot help but to wonder what kind of man I would have come become had I somehow managed to beat the odds to hold on to her heart and the love she once genuinely felt for me.  Because she was so much better than me.  So much more beautiful and genuine.  So much more patient and artistically blessed.

I honestly would have been happy spending the rest of my days just living in the shadow of her.  I would have sacrificed all my potential just to assist in the raising of her pillar, helping to provide her a foundation from which she could reach for her dreams, no matter how high.

But now, there is just me.  And her name deeply etched into a sparkled granite rectangle on this quiet little hill.

I could tell by the bouquet of fresh pink roses that her mother had been there earlier.  And maybe that’s why I instinctively waited until later in the day, not wanting to risk interrupting the profound grief of a mother visiting her only child on the anniversary of her passing.  That is just not my place and I could never imagine interfering in the workings of heartbroken mother’s unyielding love.

But I miss her, too.  Heartbreakingly so.  Because…”now she’s in me, always with me, tiny dancer in my hand.”

And I had to let her go. 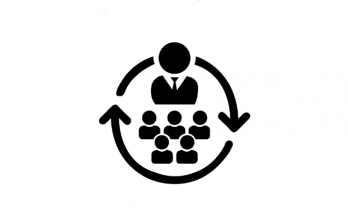 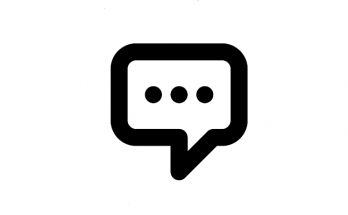