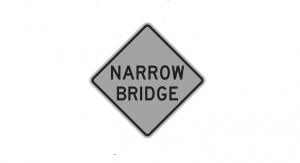 I had to get the fuck out of this town before I burned it all down.

The memories have lingered unwelcomingly hard this year, ignoring the many good graces of my sacrifices and availing themselves nightly on the wings of a pandemic’s socially-isolated cough.  Everything inside pushed me to leave behind my tires this little part of that infected world, wheezing and sputtering and still dying with predictable statistical regularity.  Everything I touch these days becomes a gamble anyway, so why not just lean into it in a last-minute chance to go and chase down other parts of that same world now growing green again at the start of another Indiana summer.

I selfishly used the excuse of possibly locating a new typer as motivation, a new portable stranger lingering from some bygone day upon which I could forcefully shift the narrative of my current story.  Maybe those new curves and stained keys and inherently endearing mechanical quirks would somehow conspire to help me find words more positive, and useful, than what has recently been written here.

Not wanting a repeat of my recent journey up north through buggy country, I instead set my sights down to the south, down to that little town holding one of my favorite antiquey stores within the charming boundaries of its revitalized and quaintly familiar downtown.

Though still somewhat shaky from all drinks consumed the night before, I stayed locked uncharacteristically between the lines for once, following all the agreed upon rules of the road.  Well, mostly.  Admittedly there may have been a few liberties taken once the tainted shadow of the City of Wayne was finally off my back.

But at last I was unleashed to chase down the shimmering reflections bouncing up from the hot Indiana pavement.  It allowed me the freedom to think unfettered from the painfully familiar landmarks scattered all over the mostly locked down flyover city disappearing inside the view from my rear-view mirror.  It allowed for a deep unmasked breath swelling, so patiently cleansing and desperately needed.  At least until I drove past that pig farm with all the windows down.  Then it wasn’t quite as cleansing.  Or pleasant, as I barreled unmasked though the musky aroma of manure baking in the hot sun, that hung so heavy in the humidly constricting Midwestern summer afternoon air.

The Brothers Doobie  and the Sultans of Swing kept me company.  Not because they were particularly what I wanted to listen to, but they were seemingly the best that the factory installed, and unreliably unpredictable, radio could manage while left unattended.  I had neither the patience, nor appetite, for the mashing of playlist buttons.  Or the fucking around with temperamentally frustrating Bluetooth tethering.

I had to stay focused on the road ahead of me.

Hidden Drive.  Narrow Bridge.  The signs stood ground upon their cautions and I generally did my best to comply while running the gauntlet south, hard.  Obliging the traffic signs, anyway, choosing to ignore all the others intentionally staked into yards and flying from poles.

I was apparently caught within the confines of a festering enclave of rabid Indiana conservatism.  They clearly demonstrated their outwardly loud support for a President with whom I often find myself in total disagreement.  And that is okay, because that is their right and I wasn’t going to allow that drive, or these words, to get bogged down in the toxically poisonous politics of it all.  Or in the lingering, bickering questions about what we should have done, back in the first days of the pandemic.

Instead, I tried to focus on happier sights rushing past my side window at well past the posted speed limit.  Like that one house, for years at the top of my list of properties I would pursue, should I ever be fortunate enough one day to obtain a ridiculous level of wealth.  At least enough to walk up to some stranger’s house long enough to offer them an obscene amount of cash if they would just kindly get the hell out of my house.

Or the ridiculousness of driving over ten sets of parallel railroads tracks within the space of less than one city back, a jarringly industrial welcome to the heartland promises of small-town Indiana Hoosier pride.  But it was a relieving jolt, one that I hadn’t felt in the past year.  Not since that trip shared with someone who’s memory is now best left on the other side of those tracks, because I just can’t let that shit gain ground.  Not when I had made it this far.

Then it was a twenty mile an hour crawl through the small of a downtown flagged out for the holiday from nearly every single newly antiqued lamppost standing guard in front of the century old brick buildings lining the street.  The slowdown was nearly immediate and the sudden downshift made me impatiently twitchy and annoyed.

But at last the holiday weekend lake traffic cleared and I pulled into the first open spot in front of one of my favorite antiquey places.  I killed the ignition and stepped out into the immediate thickness of an instantly palpable Indiana humidity smacking me right in the face.  Thankfully, the OPEN banner was hanging in the storefront window in cheery defiance of a virus wave still threatening.

It was much cooler inside the dark store and even through my mask I could still smell the familiar aroma of the place, that unique mixture of old wood, musty vintage clothes, and ridiculously expensive designer soaps crafted locally and sold on-site.  They blended themselves together into a symphony of old-timey charm and olfactory endearments, mixing perfectly with the 1920s music being pumped in from players hidden behind the scenes.

The place wasn’t busy.  In fact, I think I saw only one other patron there while I explored the rooms and shelves in the hunt for that next typewriter.  And, like the many times before, the elderly owner politely reminded me that if I needed help, all I had to do was ask her.

I simply thanked her and went off to investigate for myself the maze of rooms and closets and cubbies stuffed full with the somewhat overpriced flotsam of stranger’s lives lived in the hardscrabble agrarian existence of another small-town Indiana generation’s passing.

And I didn’t find a thing.

I honestly didn’t expect to, the typewriter lightning strikes having been rather few and far between there over the last couple of years.  But still the compulsion to check runs deep.  Deep enough that it can often times push me out of my head long enough to venture into world, just to scratch that itch.  And that is a good thing, because movement is generally a healthy endeavor, especially after so much time locked down and immobile.

But the day was growing late and the air was getting warmer and more stagnantly thick.  It was time to roll back in the direction of that impatiently floundering flyover town of my youth, though part of me wanted to stay and stake out my claim somewhere within the seductive promises of an unfamiliar and new fresh start.

Obligations, worries, and superstitions pushed me back north again, though, back to my locked down little blue house.  And I arrived almost exactly the same as when I left, very much that lovestruck Romeo, still on the hunt for his Juliet.

It was then that I realized that I did not need a new typewriter to force a shift in my narrative.  I only needed me, some time spent out on an open road, and a few minutes to breathe free to make that shift on my own.  I bought that ticket, so I was sure as hell going to take that drive.  Because despite all the monotonous boredom, the daily drudgery of the pandemically tainted grind still churning, and sometimes even all the hurt, I do still want to finish the story.

And I am still compulsively curious to see what is going to happen next.