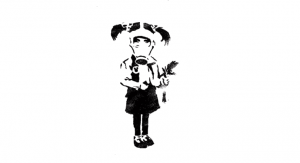 Thankfully, my city did not burn last night.

But, we still marched.

It began as a quiet and peaceful protest at the courthouse green, the nearly spontaneous gathering of a multitude of different genders, races, and generations from all across the City of Wayne, brought together in united solidarity to mourn the tragic murder of an innocent man.  It ended in a sea of misinformation, tear gas, and more arrests.

The vibe was initially a mournful one, the chants of “we can’t breathe” and “justice for George” echoing hard off the court house walls, the universally American symbol of justice and unbiased decisions made for the sake of the common good.  For the briefest glimmer, skin color, economic backgrounds, and the other divisions far too often blocking us from a more universal unity, no longer mattered.

Hundreds of voices joined as one for a fleeting instant and gave voice again to a man no longer able to speak.  It was chilling and sobering, a tragically stark reminder of the consequences left by the many unresolved injustices still running rampant in our society.  And of just how fragile this life can sometimes be.

But we stood together and we were heard.

And, it was beautiful.

But far too soon the mood tuned dark as more and more protesters took to the literal street and headed north, blocking the Friday night traffic despite the chorus of angry horns, hurled curses, and occasional bits of trash thrown at them.

Past the park and the numbers grew.

Over the bridge named for MLK, drawing a final line of protest by sitting in the street as the police struggled to safely control traffic and the ever-increasing intensity of the protest, eventually drawing their own lines backed with the power of pepper spray and tear gas at the ready.

The struggle for the street ebbed and flowed hesitantly before most protestors peacefully disbursed after the first unexpected rounds of tear gas fired into the crowd without benefit of warning, despite the presence of many children and even pregnant woman.  Cardboard signs and impromptu masks are simply no match against military grade riot gear, tear gas canisters, and armored personal carriers.

But the spark had been struck.

The protest pendulum had swung decidedly to the aggressive and once over that dangerous tipping point, there was simply no turning back.

It was a younger, more aggressive subset of protest players, most of whom had not been there for the peaceful beginning, that kept the fight going in the streets for a few hours more.  In that moment it stopped being a protest and instead transformed into senseless destruction of private property for no other reason than to just destroy.

And we had originally gathered to create a new change.

But those good intentions became indelibly tainted by a rebellious few who simply lacked the capability of understanding that you can never beat the darkness with more darkness.  You need to find the light in order to win that lasting change.

Instead, they used shovels and skateboards to break glass.  They destroyed property belonging to the community for no other reason than to see it broken or tipped over.  By committing those petty acts of pointless vandalism, they also destroyed the good graces of the community and any real chance of gaining their lasting support to help effect the change for which we had all originally gathered.

And there is no winning that back.  Those scars and impressions are regrettably permanent and no amount of future protesting, regardless of how peaceful, will ever change that now tainted perspective.

My City of Wayne protested last night, hard.  At least for such a normally reserved and usually polite citizenry, so deeply steeped in traditional Hoosier values.  And in some ways, that made me proud, seeing so many others in this little flyover town outraged by the same injustices I witnessed.  But in other ways, it pressed heavy on my heart because such pointless destruction is just so inherently counterproductive.

We could have accomplished so very much more, but lost that moral high ground on panes of shattered glass.  We might have helped create real change, but surrendered that the moment violence was embraced.  We perhaps might have productively forced the conversation peacefully forward, but instead we lost our voice when the focus shifted away from George Floyd and instead was turned to selfies taken for the social media cred.

More protests are scheduled for later today.  I can only hope that during those upcoming demonstrations that the forces for the common good, and that desperately needed light, keep control over the darker influences lurking.

The fuse may have been unquestionably lit last night.  But there is still time to stop it before it reaches that powder keg of unresolved racial tensions waiting predictably on the other end.

We have to be better.

We can be better.

We just need to fucking stop hurting one another.