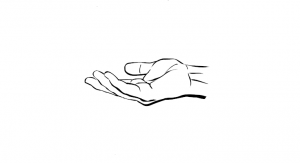 She asked me, with an almost heartbreaking sincerity, to use my words for her and write something about why life has to be so hard.

And I’m not sure that I will be able to find any satisfactory answers for her.

All that I know for certain is that there is just… life, with all its frustratingly intricate nuances and endlessly cascading curtains of change.  There is just this existence, so pandemically temporary, on this ridiculous blue marble dancing its repetitively circular journey through the vast emptiness of the great black void.

Sometimes, if we are lucky, we find ourselves graced in the beneficial embrace of an easy existence too often taken for granted.  Simple times.  Times when the equations add up neatly into the sum total of a true love embraced.  Times of innocence and a purity far too temporary in its design.

But far too often we allow those times to be swallowed in the waves of guilt, or selfish stubbornness, raging hard in the oceans of an adulthood ever expanding.  We get caught up in the stupid details that tend to stick, just as tenaciously as cockleburs stick to your socks during a long walk through a Midwestern woods.

We are inexplicably bound by the temperamental virtue of infinite choice.  And that is our every day to day- what do I have for breakfast?  Did I pay that bill?  Do I ask that person out?  Why did I have to drink so much last night?  Where did my underwear go?  Why did I let them hurt me?

Every day we are bombarded by choices, either the ones that we have to make ourselves, or the endless repercussions of those made by other people.  Either way, it is inescapable.  It is, after all, what defines us the most as human beings.

You can struggle against it, just as you might fight the turbulent currents of a spring flood here in this City of Wayne.  You can even try hiding your head in the indifferent sands of refusal…or the addictively alcoholic numbness of indecision.  But like a cancer spreading victoriously inside a terminal moment, choice is too often unstoppable.

I have always found it best to just ride the waves, though not throwing caution entirely to the wind.  Because I do try and be mindful of the circumstances.  Or the possible repercussions.  Or the hearts involved.

But I also trust my gut.  And my experiences, both good and bad.  They are the players I believe in the most and though it took some time, I eventually saw the wisdom in listening to those voices of my better nature, rather than tuning them out entirely to follow other, more fleshy instigators.

Because sometimes a simple change of perspective, or even occasionally geography, can have powerful implications.  It can help make things seem less overwhelming, and therefore, easier.  Nobody ever successfully crossed a river just by sitting on the bank and worrying.  Or complaining.  Or crying.  But they have made it across by having had a plan, or the willingness to explore the unknown to find a safe portage across.

And there are going to be rivers to cross.  And mountains to climb.  And graves to dig.  And oceans to cross.  As long as there is breath in a body, there will be struggle and difficulty.

But we can choose to instead focus on the beauty of the water.  Or the piercing blue sky the rises higher than any mountain.  Or remembering the memories of the love and laughter left behind when those breaths finally cease.

So, embrace the difficult.  Wear the hurt like a badge of honor.  Wipe the dust off after you fall and keep chasing that bliss.  Rely on friends when things get overwhelming- they really will help you through.  Crank up the music until the whole house shakes and the spastic dancing starts, even if you’re alone.  Walk out into the empty green vastness of an Indiana forest just to yell out “MOTHERFUCKER!” at the trees- they won’t judge you; I promise.

Life is hard.  Not living is simple.

And that’s the easiest choice of all.