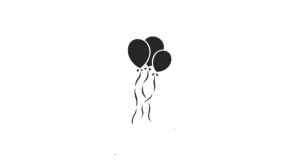 I spent the majority of my free weekend hours exploring a hesitant world opening itself back up in predictably predefined percentages here in this City of Wayne, visiting places once so familiar, but now feeling so indefinably foreign to me.  Places that seem to hold only the shadows of former intimate strangers and their hesitantly hushed whispers of judgements passed with each new round bought and each door reopened.

Those places have remained outwardly the same, but tragically changed inwardly from the unspecified makeover repercussions of a forced pandemically inspired isolation.  This little flyover town has become somehow smaller and less inviting, leaving timidity and caution behind to whore themselves out reservedly towards temporary economic lifelines and the capitalistic dancing performed to the steps designated by little paper X’s taped rhythmically all across the floor.

But I have no meaningful markers remaining, no guidingly measured steps left for me to follow.  There is no one X that clearly marks that spot meant only for me.  There are no steadfastly meaningful methods to my social isolation.

I have instead only these mounting regrets and a bitter selfishness left lingering.  There is a terminally festering compulsion inside that leaves me wanting to cling desperately to the life I once knew before the world started to burn itself down in the throes of an unchecked pandemic and violently spirited protests raging.  My mind yearns for the comfortingly familiar, but all I can seemingly find are the covered skeletons of formerly treasured enclaves where happy memories once were made so easily and without stipulation in a world free from the worry that that next touch might prove to be so very deadly.

This inelegant transition reminds me of those carefree weeks right before graduation, back when the homework ceased to matter and the whole world seemed to be within reach, if we were just brave enough to stretch out our hungry, inexperienced hands.  Those few weeks spent excited by the prospect of a tantalizing adulthood arriving with all the accompanying freedoms and potential, not yet being experienced enough to be mindful of the cost.  Or the sacrificial consequences involved in making that leap into what was promised to be a better, more expansive, world.

Though so very young and naive, we still knew instinctively that our lives would be changing forever- some lucky few for the better, while the majority became burdened with the crushing grind of simply surviving.  But yet each of us stood on that cliff, secretly yearning inside to desperately hold on to the relatively carefree childhoods set to expire upon receiving that stamped and sealed paper, signifying our transition to new expectations and experiences then unimaginable, before making that awful jump.

Much like those complicatedly simple days of youthful indecision and imprudence, I feel myself caught hard in the currents of unknown waters raging unpredictably.  I am pulled along, unaware of either direction or ultimate outcome.  I am left clinging with an exhausting, white-knuckle grip on this typewriter and these few indelicate words, so uninhibited and resonating mutely out into a world that just cannot hear them over the roar of the flood.

And yet I can so clearly see myself heading disastrously towards a final sinking implosion of exhausted collapse.

The heart strong enough to throw me a desperately needed lifeline has not yet been found- maybe it has never even born at all.  The soul meant to balance mine out into a perfectly harmonious symphony of gentle human compassion remains stubbornly undiscovered, leaving me unsupervised to run wildly out of time, and out of tune, between the measured bars of my many indiscretions committed simply for the sake of momentarily touching an emotion I am destined to never fully understand.

And I’m starting to really fucking hate that song.

Strange thoughts on this nervous Sunday night here in the City of Wayne, sitting so precariously on the cusp of another work week bearing down adultingly.  And all I know to do is to order another round before the bar closes on the back of a last call echoing, change the song yet again, and disappear inside the welcoming embrace of a darkly familiar isolation.

That is the post I was going to make, and just leave it at that before surrendering myself out into the depths an unwelcoming City of Wayne, chasing down the numbness of another Sunday night pity party thrown for one.

As I occasionally do, especially this time of year when the anniversary is still so close, I swung the truck over to that little hill to sit and visit with my girl before hitting the nearby bar, hard.  It sometimes helps to give me much needed perspective on my life and a uniquely peaceful place where I might unburden myself without fear of interruption or inquisitively judgmental eyes.  It is a place where I can stand under the towering oak trees and expose all the hurt and worry and love in my heart, just talking things out to the trees, the blue sky above, and my girl resting beneath me.…the closest that we will ever get to be now.

It’s never quite enough, but it’s the best that I have.

There was an unusual amount of traffic in the sleepy back sections, something that only happens when a service is taking place.  I was careful to drop my speed around the winding curves and respectfully turned down the music for fear of interrupting someone else’s grief on such a beautifully sad Indiana summer day.

It wasn’t until I parked my truck, pulling halfway into the grass so as to not block the road, and started climbing up her little hill, that I discovered the cause of all the additional cars twisting and fighting for clearance on paths designed over a century ago.  There was indeed another service being held.  Two sections over.

In the part of the cemetery grounds I almost never visit because it is almost always too sad.  Because it is the section reserved for children.

There must have been at least fifty cars and trucks lined up along the road.  A crowd of mourners seemed to ebb and flow in the rhythms of their grief.  But what stood out the most was the fact that not a single person attending was dressed in stereotypical Midwestern funeral clothes.  The only person dressed in all black was me, standing two hills away on the periphery, my intended solitary conversations on hold for the sake of witnessing the scene unfolding before me.

But what caught me the most, and truly left me speechless, was the sheer number of balloons also in attendance.  It seemed as though every individual mourner had a helium filled passenger attached to their wrist.

Large, small, silly….  the balloons all bobbed and danced brightly in the light afternoon breeze, the sunlight glistening back off of the reflective mylar, lighting up the cemetery sections with their unpredictable shiny beams of silver light.

I simply stood silent and watched, transfixed in poignantly heartbreaking beauty of the moment, a polite stranger observing a profound sadness and loss being expressed in such a touchingly endearing manner.

Any plans I had for throwing myself that pity party evaporated in the quiet grief of witnessing other hurting human beings gathered together to mourn.  No matter how heavy my heart, or how deeply wounded my soul, I knew that it could never compare to the day that they were forced by fate to experience.  And instead of wails and dreary, depressing colors they chose instead something bright and almost lyrical with which to memorialize the day.

Shifting my own stubbornly introspective depression away from its usual course would be least that I could do in the face of such a profoundly touching moment of universal humanity.

I had already played the song I wanted to play for my girl.  But before I left, I played another one, too.

I played it for a child I would never personally know.  I played it for all the children left behind there on their own quiet little hill, just a stone’s throw away from the one upon which I was standing.  I played it for every heartbreaking loss and for every soul gone before what should have been their time if there was ever any justice in this fucking world.

If I were perhaps a more religious man, I probably would have said a silent prayer before retreating back into my solitary thoughts.  Instead, I whispered a silent few word to the trees and the natural world surrounding me and then made a solitary, dignified escape from the scene before I was faced with the infinite indignity of detection.

And I will never write down what I said.

Some words are better left unwritten.