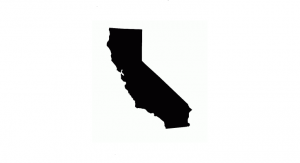 I am stuck hard in the quagmire of inaction tonight.

Though my soul yearns so desperately for movement, I regrettably remain stubbornly stuck here, locked down, in this little flyover town.  Stuck with only memories of earlier days, those tedious mental leftovers served in place of a more nutritious and sustaining evening meal.  Stuck with the bitter taste of a half-hearted isolation left lingering on the palate of this City of Wayne not yet fully opened.  Stuck with only myself for company and that’s just no fun.

I miss long, pointless summer drives cutting across the flatly green carpeting of another Indiana summer.

I miss the feelings of reckless adventure and exploration that help foster a clearer head and a less temperamentally bitchy muse.

I miss the freedom to unabashedly touch the quaint faces of unfamiliar small towns discovered randomly, setting in motion yet another unknowing cast of new characters.  But I loved them all the same.

I miss the energy I once had for ill-advised misadventures and the irresponsibility to actually make them happen.  Like that whirlwind dash out to California, just to experience the cliché of chasing down the sunset on Mulholland Drive, hard, running away from Hollywood in a rented sexy topless red convertible, while Billy Joel serenaded me on an endless loop.

There was once a time when I had myself utterly convinced that the loss of ego is often the death of art.  But here, right now, in this stuffy and claustrophobic little blue house, I realize that it is in fact stagnation that is mostly responsible for egregiously choking the life out of meaningful artistic expressions.

Fuck, even just typing that made me tired.

And that has been my newest, most annoyingly unforeseen passenger these past couple of weeks- utter exhaustion.

Because I’m just so fucking tired of this pandemic and all its annoying governmental suggested restrictions and ever-conflicting news headlines.

And I’m tired of watching my country consume itself so vehemently in the rising tides of riotous protest, over intrusive issues that just don’t seem to ever quite go away.  While I unwaveringly support the cause- even going so far as to face the teargas and pepper bullets myself, it still baffles me that we are still so tragically divided on what to me should be non-issues.

Because we are all just the same, regardless of the color of our skin.  Or sexual orientation.  Or political leanings.  I have been in the streets of multiple countries, fighting the same fucking battles, enough to know beyond any doubt that when we bleed, we all bleed the same.

But no. Far too often we allow ourselves to backslide into a world of outdated hatred and misunderstandings, often inherited from those before us.

Racism is just…dumb.  So, too, is sexism and overtly outright discriminations.  And I’ll just go ahead and throw idolatry into that mix, too.  It doesn’t even matter what you idolize, but if you let your unfiltered overly-zealous love and adoration for that person, place, or thing outweigh the weight of your conscious, or choke off the better angels of your reasonable nature, that to me is just a colossally tragic waste of time.

And it’s all just so fucking exhausting.

We need to just stop.

But now is the time when we all have to dig deep and find the energy for that fight.  Apathy will only make this worse and tragically postpone the responsibility for finding meaningful solutions until the next generation comes up to take the lead.  That is exactly what happened with my generation and we are still daily paying the price for our inattentive inaction.

And that still hurts my heart.

That shit should have stopped with us.