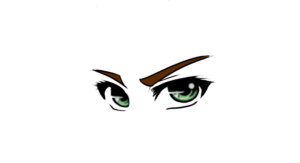 She took me by surprise.

It was shaping up to be just another cookie-cutter Tuesday night, here in the wintery flyover fields.   After having sent out another series of resumes in an attempt to keep looming homelessness at bay, I had settled in to put the final touches on a ridiculous poetry project I recently completed.  Outside the windows of a little blue house, the January winds blew in heavy heaves and sighs- there wouldn’t be any aimless wandering the city streets with weather like that threatening.  So I just hunkered here in a rented bunker to chew up the empty overnight hours with more literary shenanigans.

Then my phone bleeped.

At first, I figured it was just another rejection for a job I was never really qualified to hold anyway.  Which honestly, I find rather hilarious.  Everyone is screaming “labor shortage!”  Until I raise my hand and say “I’ll work!” Then it’s just a series of rejections and excuses.

At worst, the notification probably indicated another serving of spam casting dispersions on the size and integrity of the endowment of my wedding vegetables.  Or informing me that there are “hot, local singles looking for action.”  Which I know for a fact is a lie.  Because I peeked out the window.  And I didn’t see any.

No, that “bling” was caused by something entirely unexpected.

She began by thanking me for the recent post I had written.  And then she went on to share a bit about the personal struggles she had faced over this last year, including listing the many people who would have been hurt had she made the heartbreaking decision to give in and listen to the more tragic angels of her wavering resolve.

Reading her words made my heart hurt for a stranger.

The connection she felt to my writing was a rather personal one.  Because like my friend who recently surrendered her soul to the unknown, this gentle new correspondent also has green eyes.  And I think that made the words of my loss just that much more intimate and relatable for her.

She also thanked me for regrettably finding myself in the position of championing the cause of suicide prevention.  Granted, it was never a place I ever expected to find myself- I simply write the stories and experiences the world gives me.  And I have never been one to shy away from writing stories just because they are difficult.  Or unpleasant.  Or even scary.

If the clumsy words I write can serve some small part in helping someone else keep fighting for one day longer, that is an outcome in which I can take heart.  It helps make the brutal hours sitting in front of an antique machine somehow worthwhile.  I honestly don’t think most people truly understand the toll it takes to not only chase down the words, but also then releasing them back into the world.  Because frankly, it fucking hurts.  To the point where I don’t think the word has yet been invented that fully captures the scope of that emotional investment.

And that’s okay.  We all have our part to play in this ridiculous experience.  So if my sitting in front of a typewriter, counting the hours by the number of pours, means that a girl with bright green eyes reaches out, well, that’s a deal I will take every fucking time.

And not just because it’s a good story.

The fact that she specifically mentioned programming the hotline numbers into her phone helps justify my efforts.  It allowed me to relax a little knowing that my words touched a person I have never even met.  And that they helped bring some small comfort to a wounded soul seeking shelter in a wicked, complicated world.

Because we are all damaged in one way or another; we are all beautifully imperfect.  And carry the blemishes and burdens of surviving inside a chaotic existence- that’s just the rules of the game.  So let there be no shame for simply being born fragile creatures.  There are few sins so great that they cannot be forgiven.  And no mistake is so large that it becomes impossible to repair.

It just takes time.  Time that occasionally feels like it’s merely crawling.   When it feels like any progress gained is measured in whimpers when you need to actually move mountains to succeed.  It’s an inconveniently incremental grind- every damn day.

And it often feels fucking overwhelming, doesn’t it?  The darkness.  The soul-crushing repetition.  All the injustices faced every day as the adulting responsibilities and obligations endlessly pound you down.

Everybody feels it.  And I say that not to minimize any personal experiences.  Or to trivialize any hurt with which might be weighing down someone’s soul.

The point is that this world is a more interesting place with you in it.  It may not feel like it, but you are special- because every single memory and experience you carry is unique to you alone.

The first time you held someone’s hand and actually fucking meant it.  The sound of the laughter from your best childhood friend echoing in your head.  Your first kiss.  The way your favorite song makes you feel when you’re driving alone at night on an empty road, windows down and the volume turned all the way up.

If you decide to go, all that disappears.

No one ever promised that it would be easy.  Life unfortunately isn’t set on some sit-com schedule where every problem has a neat and hug-filled 30-minute solution.  It just doesn’t work that way.  And I won’t try to convince you otherwise.  Because that would make me a liar.

But I can say with certainty that there are people in this world who care.  Even if they haven’t  learned your name yet.  People who will sit up with you, all through those dark nights of the soul.  People who never want to see another person take a permanent solution to temporary problems.  And that’s what all those problems and complications are… temporary.

Even on the darkest night, there is always a light, though it might seem unusually far away and unreachable.  It could be that best friend you’ve had since high school.  Or maybe a trusted sibling.  Possibly a friend you haven’t talked to in years, but who would still be thrilled to hear from you.  There are hotlines and helplines, texts and landlines.  And, if for whatever reason none of those options are available, then sit your ass down and write to me- I will listen to every word.

There is help for anyone who needs it.  You just need to be brave enough to reach out.

And, I truly hope that you do, should you ever find yourself struggling.

Fair warning, though.  If you reach out to me over here in the flyover fields, I may just end up writing about it.

If you, or someone you know, is experiencing suicidal thoughts or a crisis, please reach out immediately to the Suicide Prevention Lifeline at 800-273-8255 or text HOME to the Crisis Text Line at 741741. These services are free and confidential. 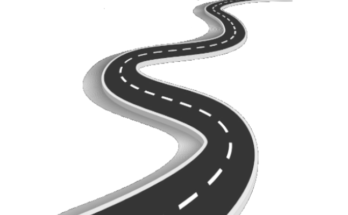 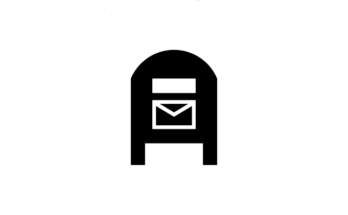