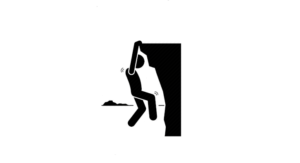 I endured sleepless nights walking the face of this city trying to figure her out.  But all I discovered was vacant streets.  Empty bottles under bridges over a river that isn’t the Kankakee. Blinking WALK signs meant for other, more mindful pedestrians.  And a worn out pair of boots that squeaked from all the rain.

My first instinct was to run after those walks.  Because that is what previous circumstances taught me to do.  History dictates that complications frequently get ugly.  Emotions get roguishly invested.  Words are written—or said—that can never be taken back.  And then it all breaks down when exposed.

I learned to always have an exit strategy after tasting the first swindle of that kiss in a California sunset—seductive and flawed.  Chasing a fool’s gold through the canyons; racing hard across the face of Mulholland.  High, above the City of Angels.

Then I sobered up long enough to hear the resulting echoes across the continent; I felt the vibrations beyond an ocean. It pushed me into a lifetime of running.  Because it was better than wallowing.  And standing still was a death sentence.

I once wrote some words.  Those scribbled confessions managed to catch her attention.  And that scared the shit out of me.  Because I never expected them to gain much traction.  But the connection was undeniable—I am sure that she feels it, too.

She once claimed that she is a nobody—a quiet whisper running under everyone’s radar.  But across these flyover fields I can clearly see the brilliance of her spark.  I hear her voice.  And celebrate her artistry.   She has the potential to be my favorite mistake.  But that’s not where the story ends.  Even though many would argue that it should.

I cannot allow myself to be so selfish.  There is neither honor, nor a future, in it.  For her.  Or, for me.  It isn’t wired that way.  I am no longer built to steal; she will never be in a position to ever entertain.

The urge, deep inside of me, is to plainly write words that I know are there.  But for once, I cannot allow myself that bohemian indiscretion.  If it were only my heart on the line, I’d hold no reservation and throw everything down on the page, consequences be damned.  Because that is how I have chosen to live—out loud and grammatically unapologetic.

But there are other—innocent—hearts in play.  And that is significant.  It screams caution.  It triggers memories of similar experience, that sudden shifting of unstable foundations and the reverberating sting of broken promises that never quite goes away.

I find myself lost on a road higher than I am used to traveling—the height makes me nervous.  It is far removed from the usual confines of the lower echelons where I usually find myself operating.

I know that I am not stable; I understand that I have very little to actually offer.  But I find myself recklessly craving something upon which I have no rightful claim.  And that leaves me conflicted, floundering in a lonely wilderness where even a fresh playlist could never reach.

I may be stuck in these fields so frequently flown over.  This little blue house might be surrounded by flat rows of broken corn and winter wheat.  But it feels like I am traversing up the face of an unexplored mountain.  A strange, confusing barrier, unfamiliar and precarious.  But one with a beautiful reward waiting at its peak.

I am not scared of the climb; I’m just terrified of the inevitable fall.