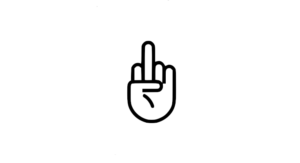 A significant co-conspirator sits rigidly on the desk in front of me.

To most, it is probably viewed as just a cast-off anachronism left lingering from a by-gone era.  Or maybe a solid footprint of trendy, hipster typewriter nonsense.  But to me, it is the only tool that ever helped me truly unlock the stories of me. 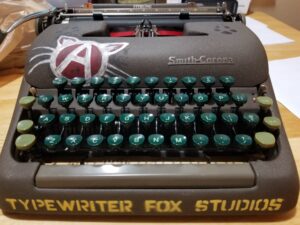 It forces me to focus while simultaneously allowing me the freedom to explore, free from electric distractions.  I can break rules without angry suggestions interfering with my flow– because my mind is wired to fix immediate problems.  And the evil red squiggles found glowing on other machines always win the battle for my attentions.

It’s a much-abused Sterling– an absolute brute of a writing machine.  Not as pretty as some.  Maybe not as smooth as others.  But it has always been dependable.  Even when I selfishly abused it in fits of blocked rage.  Even when I bash the keys in drunken fits of introspective rage.

I am still learning to master it; I still struggle sometimes with the subtle power it wields.  Because I am forever releasing the margins on good taste– just to push the boundaries.  Sometimes, until they break.   And in the literary clusterfucks those explorations inevitably create, it graciously allows me the mechanical ability to habitually backspace my way into some sense of accountability.

But after almost half a million words, I have learned the pointlessness of that endeavor.  So now I simply say “fuck it”– and just keep on typing.

The words don’t have to be pretty.  They don’t have to be neat.  Or even properly spelled– corrections can always be made later.   The words only have to be real.  It is impossible to fake your way into creative success– that shit is earned.  And I guarantee if you attempt to write a lie, it will be plainly evident.  Especially to other writers.  Because we know all the fucking tricks.

When I write, I tend to write ugly.  Sometimes, I write hard.  But that is only because I have sometimes lived ugly.  And too often, I have lived hard.  That leaves little appetite for disingenuous temptations– I know how unfulfilling they are.  And just how temporary.

Yes, words might sometimes offend.  Especially now, within the current waves of “woke” zombies constantly trashing and crashing, whining and complaining.  Like they have the artistic balls to get on stage and use words to make a rowdy crowd laugh.  Or think.  What right do they have to disparage a “scandalous” novel, when the most constructive thing they’ve ever written was maybe a sternly worded note to their precious snowflake’s teacher to defend their shitty offspring’s behavior?

Write a few hundred pages, putting your very soul– naked and blemished– out into the world.  Get on stage during an open mic night and see if you can engage a crowd, already a few drinks in, on a meaningful level.  Pose naked for an artist’s revealing brush.   Do those things and I will gladly listen to your criticisms and critiques about art.

But until you do, kindly shut the fuck up.  You are just not that important and your feelings only matter to you– nobody else really gives a shit.  Because here’s the dirty little secret that no one ever wants to share with you–  no one likes the loud mouth, attention seeking complainer, ranting and raving about invented injustices simply to steal an unearned moment of the spotlight.  In fact, we’re all laughing at you behind your back.

Because you are small-minded.  And pathetically ridiculous.

If something as objectively harmless as words trigger that level of outage, maybe it is not the words that are actually at fault.  Words can only inherently be one of two things– honest or dishonest.  Everything else is bullshit.

Of those two choices, I will always choose honesty.  And I stubbornly refuse to ever apologize for anything I have ever written.

Because at the end of the day… or another relationship… or sometimes, even a life… all that matters is that there is something, where once there was nothing.

Because fuck the blank page.  And fuck you, Karen.

You’re never going to stop me. 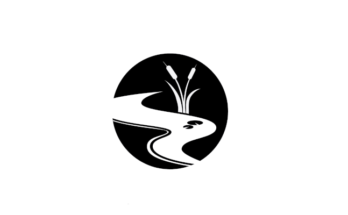 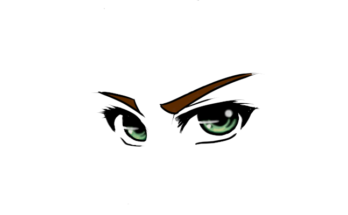 The Green Eyes Have It 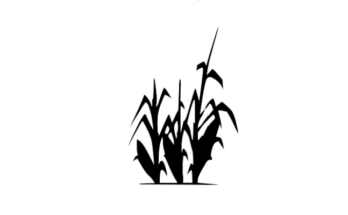