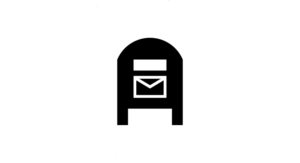 I sent her letters.

Maybe I sent too many; maybe I didn’t send enough. I have never been a reliable judge of the post.  In fact, I live in fear of that terrifying black box nailed to the front of a little blue house.   Because it generally contains bad news.  Or other angry reminders that I lack proper adulting skills when left unsupervised.  So it is impossible for me to confirm with any certainty.

She sent only skeletons in return.  And that’s probably fair.  We were never anything but ghosts anyway.   Two inconsistent creatures stalking the night  across two different time zones.  Coming at life from very different stations.

Her view of these flyover fields from the mountains was obscured by the allure of affluence.  The foundation of her scenic lookout required constant attention.  Otherwise, it would prove untenable.  And threaten collapse despite the very best of my attempts at long distance repair.

Looking up at her hard-won towers built of ivory made me dizzy.  The vertigo triggered by her unsustainable codes made me fall flat amongst the dead corn.  Because I could never quite measure up to unspoken expectations.

Mountain highs don’t often mesh well with flatland mediocrity.  Especially when sparked from a similar history.  Because I know her secrets.  And she knows most of mine.  There was always a mutually assured destruction built into our connection.  That madness held us in check for years.  And then decades.  Through funerals and divorces, heartbreak and cocaine binges.

But eventually, indifference pushed the button.  It all went to hell in the blink of a text message—a twelve word landslide of undeserved anger and resentment.

A younger man would have perhaps fought longer.  A wiser man understands that demons tremble when a wounded man, with nothing left to lose, goes off to war.  But I am no longer young.  Or particularly wise.  And I’m tired of conflict.

Because I am old now.  And inexperienced–at least in matters of the human heart.  Despite the number of seasons behind me.

When I am unable to figure things out, the impulse is to run.  And if I could afford it, I know exactly where I would escape.

There is a room, five stories up on a hill overlooking the Ohio River that once made me happy.  I like to think that I would be happy there again.

The view at night alone is enough to challenge the blank page.  There is a convenient historic district nearby offering little pubs, charming distractions, and pretty girls should the words not to materialize.  And if all else fails, there’s always meth to be had over in Kentucky, just on the other side of the bridge.

The air is cleaner there.  The breathing, easier.  Life seems simpler.  Because it moves at a different rhythm, making it easier to think things through.

It is my secret hideout in the eastern heel of a flyover state.  A safe place some 1,178 miles away from the scorn of the mountains.  Isolated enough that I don’t think she could ever hear my typing.  Distant enough that she’ll never hear me cry.

I just need to stay away from mailboxes when I’m there, though.