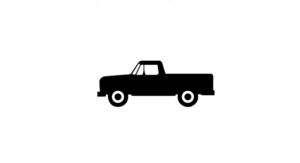 I accidentally stumbled into a bit of money.

It wasn’t a lot– a fraction of what I actually need. And it came to me not for the quality of work performed, but more from a place of pity. Not that the origin mattered. Bruised pride did not keep me from cashing the check.

It was enough to stock the pantry of poverty- cheap, processed, convenient portions of sadness to later be microwaved in solitude. But even that was a stretch, given the skyrocketing costs of living. So I cancelled future meals for the sake of more immediate beers.

Because it was just that kind of day.

It was inevitable that I would find myself drawn to that familiar little hill. The odometer of existence was on the cusp of ticking over again and that shocking reminder of impermanence always festers hard. The self-loathing was already escalating and if I were to have any chance at meaningful temperance, I knew that I would have to talk it all out.

It was unseasonably pleasant for the front part of November in Indiana. The sun was warming her little hill through oak trees still holding most of their foliage. A slight breeze brought hints of autumn combustion. Dying leaves danced and spiraled around playfully.

Before I committed to the inevitable conversation, I found myself taking a quick geographical roll call, just to help me get my bearings amongst the flyover fields of granite and marble.

I imagine that it’s still raining down in the foothills of Tennessee. The damp wetness extinguishing the spark, inhibiting any future potential for ignition. And I wanted to holler into the holler just how ridiculously it all ended. But there wouldn’t have been an interested soul there to hear. So there is no point in shouting.

There is a noticeable chill rolling down the face of Colorado mountains, traversing the plains on currents of misunderstood texts. Ridiculous nonsense was posted west in a naive attempt at reunification. But there isn’t a Rocky Mountain High enough to ever erase the stinging memory of my caustic fallibilities. And she doesn’t need the ugliness of my distraction.

Communication with Massachusetts remains temperamental. Almost argumentative. But that is simply because of the disparity in our stations. She will never understand what it is to live like this. Not that I would ever want that for her. It’s just that no amount of clever writing could ever capture all the things that need to be said. So I stopped sending the letters.

Ireland looms on the periphery, disconnected and mostly silent. Other than still screaming in my nightmares. Bloody knuckles and sweat soaked sheets are the only remaining legacy. And there isn’t a single person alive who could ever understand that persistence of memory.

Eventually I settled myself down, facing an approaching sunset hinting at the potential for temporary magnificence. It would be a welcomed distraction from the gloom of perpetual disappointment. And I was ready to absorb the last of its warmth.

I told her of my many disasters. And the too few successes. I explained between cigarettes the complicating reasons why I have no real place left to call home. Scrambling to justify out loud the miscalculations responsible for how I came to be a failing foreigner in a familiar city stained with all this mental graffiti. Listing the many accomplishments I currently lack: dependable employment, the lingering warmth of a coupling co-conspirator, meaningful sales of my stupid little words.

It would be reasonable to expect a little more for half a century worth of work and sacrifice. But I consistently backed all the wrong horses. And loved all the wrong people, constantly and indiscriminately. Loved hard and loved out loud, because I genuinely thought that is what the world wanted for me.

And somehow, I fucked it all up.

Those monumental failures cornered me into embarrassment. It left me perpetually pinballing between disasters. Scrambling to shore up crumbling walls to temporarily ward off potential new invaders, even though my heart really isn’t in it anymore.

After nearly five decades, I find myself burdened with a crippling exhaustion. Most of my energies were foolishly squandered on the many battlefields of the heart. The same fields where the overthinking knight in his rusted, dented armor, failed to ever win himself a true queen.

The odds were just never in my favor.

Fighting the realization that I probably don’t have many more good years left ahead of me, I played a last song for my girl. Because I knew that she would like it. And I wondered about the choreography she would have imagined.

Another year. Another hilltop conversation over another couple of beers. 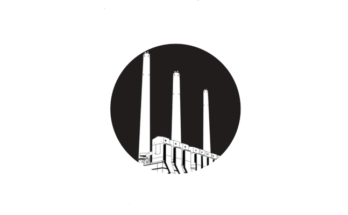