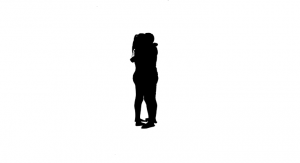 After a long weekend of participating in the protests still surging strong here in the City of Wayne, I knew that yesterday it was time to be a somewhat responsible adult and to try and tackle some of my day job responsibilities.  I promised myself that if I accomplished that, then I would after treat myself and head to the north part of the city to hit that new pub that had recently opened.  That would allow me the opportunity to tackle either some long-ignored editing chores, or if I was perhaps lucky enough, to maybe bang out a few new words.  Because yes, I compulsively take my typer with me everywhere I go.

But more than anything, I wanted to enjoy a few pints properly poured and to hopefully spend some time with new friends.  Those are just a few of the benefits of doing my best to try and support the good of local businesses with my bad habits and it was very much worth the drive.  The beer was tasty, the conversations were enjoyably pleasant, two things not usually found on a random Monday here in this hesitantly opening little flyover town.

I was admittedly pretty tired after the drive home and the physical effects from the events of the weekend still lingering.  Dodging tear gas and pepper bullets is a hell of a workout, and it was still causing my aging body to ache and crackle and pop, like some perverted human anatomy version of the rice krispies jingle.

I was trying to decide what to with my night, if I should continue chasing down the words, or just lean right into the more elderly angels of my nature and turn in early for the night.  But the cheers of the protesters down at the bridge again echoed through my open windows and my conscience just would not let my feet stay still.

That, of course, meant getting dressed for a potential street battle again-
black hoodie, still reeking of tear gas from the preceding days, jeans stained from days of kneeling, black boots designed for a different kind of combat, but still comfortable enough for marching and running down alleys, and a skeleton facemask, worn less to keep me safe from the threat of infection and more to conceal my identity from any facial recognition devices employed to scan the crowd. Making sure that I had some water to hydrate again after all the pints, and a fresh pack of smokes, I left my little blue house behind and headed south on foot, following the noise of the chants and the car horns reverberating off of the buildings of downtown.

I had been on the courthouse green for about an hour, watching the events of history unfolding before me and occasionally participating in chanting along with the other protestors.  Surprisingly, there was no real visible presence from the local law enforcement, though my experiences told me they were most assuredly watching us and I busied myself by occasionally scanning for them.

It wasn’t long after I had started to do the mental calculations to determine just how long I would stay before walking back home when a Black girl, maybe nineteen or twenty years old at the most, took notice of me.  Though initially outwardly timid, she finally mustered up the courage to approach me, what must have been to her the intimidating white man standing literally above her because I had perched myself on the curb to try and get a better vantage point.

And…she thanked me for being there.

Even though she did not know me.  Even though there were far more animated and involved protesters on hand which she might have chosen to thank.  Even though I was dressed in scary clothes and generally presenting that intentionally intimating protesting presence, just in case the police kicked and shot their way in again.

She told me directly that my dignified silence was speaking volumes to her and that she wanted me to know that it mattered to her that I was there that night.

Despite the fact that we were attending a protest originally intended for her culture’s benefit, and to hopefully realign the lines of society more fairly for everyone, she actually took the time to say that I mattered.

I could only reply with a sincere, and slightly sheepish, “you’re welcome”, telling her almost embarrassingly that it was the very least that I could do.  But I felt that the cause of love matters more than anything else, especially right now, when the whole of the country seems to be starving for it.

She asked what I thought about the events of the night so far.

I told her that honestly, I found the night so very beautiful after all the hate and anger that had been spilling into the streets over the past couple of days and that it feels like things have a genuine chance to change.  That we seem to have the positive momentum building towards the creation of a new, more meaningful world.  A world where every life matters and is treasured, regardless of background or upbringing.

It was then she thanked me again, saying how much my words meant to her.

I then shared with her my most fundamental belief that every life is precious and worth protecting because we are all essentially the same.  We all bleed the same color and we are all so precariously fragile, the one main lesson that I feel everyone should have learned from the tragedy of a deadly pandemic still raging hard across the world.

She then caught me off guard by timidly asking if she could hug me, a request to which I readily and willingly agreed.  Social distancing be damned.  This was a rare chance for social healing and I simply refused to miss that opportunity.

You would be hard pressed to find two more diverse people in the swarms of citizens gathered in peaceful protest on that cool night here in the heart of this tumultuous City of Wayne.  But we indeed found each other, in the middle of that politely rambunctious surge of positive vibes protesting hard for a better tomorrow.

She looked back up at me after our embrace, tears beginning to form in her beautiful eyes that were far more soulful than would be expected for someone her age.

And then she simply said “I love you”.

I told her “I loved you, too”.  And I truly meant it, quite possibly more than ever before in my life.  It was so spontaneously genuine, a potently pure example of naked humanity caring.  It was a moment unlike any other I have ever experienced.

She then confessed that my words had helped change her world view that night, that she would be going forward in life a different, and better person, for simply having briefly met me so randomly on that courthouse green, here in this little flyover town.

And I am not afraid to here admit that you also changed my world, Kayla.

No matter what else happens in my life, I know now with undeniable certainty that part of my legacy will be the love I leave behind.  And that my words, and my small sacrifices, were actually worth it after all.

She asked me for one last hug, which we shared amongst all the cheers and honks from the cars passing by and then she disappeared back into the crowd.

It wasn’t until after I was walking back home, after being hustled off the courthouse green first by the police drone flying overhead, followed shortly after with bullhorns, that the enormity of what had occurred between us hit me with full force.

I realized that in those tender, sincere embraces, I had actually reached the pinnacle of my humanity.  And it gave me so much hope for this wounded and suffering world.  Nothing else in my life will ever be able to compare to those few moments shared with a stranger, who I came to love with all of my heart.

Age, economics, race, or privilege no longer mattered.  All that mattered was that two human beings came together united in the cause of a peaceful love shared equally and without reservation or hesitation.

Thank you, Kayla.  Those hugs you offered helped me to redefine my benchmark of humanity and I will never forget the memory of that embrace.

The simple experience of you, and your earnest words, unquestionably made me a much better man- a much better human being.  And I promise that I will carry your energy and positivity forward in the fight to help make this a safer, and more tolerant world.