It seems the whole of my existence is bound by the rigid principles of punctuation. All these tiny marks punched into thin paper help to anchor me, late into an unseasonably snowy spring night when the muffled blanket of unexpected purity strains to cover this sickly City of Wayne shivering alone in the dark.  Little tangible reminders, peppering the fragility of an entirely different whiteness, deeply regimented and somehow keeping time with the lullaby piano music echoing through an empty blue house teetering on new collapse, stand out to me and I realize just how deeply I am caught in their embrace.

Sometimes, they hit harsh and unforgiving.  Sometimes, like a heated, diasterous love affair tragically crumbling into that inevitable bittersweet nothingness, you simply cannot escape the grip of that passionately tumultuous period, that tiny little circle holding all the grim rudeness of an unmitigated full stop.

It can drop in unexpectedly. It can also punctuate far too early, depending on the rhythm of the writing.  But still, it is there, always lingering and always threatening.  Looming and lurking, just waiting to push its finite and unbendable halt upon the story’s flow.

That predictable finality is often mitigated by the creative placements of cheeky little commas.  They tend to string things along in an attempt to break up the flow into logically bite-sized pieces, helping to mitigate the threat of choking on the enormity of it all.

I use them frequently.  And, often incorrectly.  Not that I particularly care, having made my peace long ago with writing to the rhythm of the words inside my head and not to some starkly academic expectation.

Commas are a single sustainable breath in the symphony song of my written experience.  They are encouraging pauses in a rambling narrative that constantly threatens to type its way right off the fucking rails.  So I throw down with impunity multiple curved deflections designed to pinball the sentences back away from the edge of that inevitable cliff, hoping that they stick and make sense.

Far too often, I find myself struggling to avoid the comically curled question mark, twirling up from the page like a curious lemur tail.   I do not care for their presence, mostly because I do not like the words that often precede them.  Like the words asking who I am.  Or who I want to be. What I should do next.  Or where it is I should end up in this constantly shifting and ridiculous narrative.

I appreciate the jarring interruption of a good em dash, though.  Maybe that is because I deeply identify with it since no one can ever remember our proper name.  Or they end up using some bastardized version that comes close, but somehow always fails to hit the mark.  And that is just hilariously annoying, but in a mostly inoffensive way.

We are also both crass and a little bit rude in our underlying interrupting peculiarities.  I am envious of its ability to elegantly force a shift in the narrative, pointedly and with efficient determination.  That is a skill I have yet to fully master.  At least with a modicum of decorum, anyway, having learned the hard way that very few people are actually capable of appreciating the naked honesty of genuine interruption in real life.

I have never been much of a fan of the starkly jealous possessiveness implied by the apostrophe.  It too frequently reminds me of being ensnared in an abusive love affair, one that constantly demands clear definitions of ownership and expectation.

I have never fully understood that narrow mindset, despite having done the research.  Using one always leaves me feeling vaguely unsettled, making me question myself, forcing me to constantly double check the rules so that I do not come across looking like a completely possessive idiot.

Care and caution must also be exercised before slipping a tricky semicolon into the story.  Not many people actually understand its intended purpose and hesitate at its possibility.  But, it is a powerful tool, linking two things objectively able to stand on their own, yet somehow more impactful when tethered to a similar familiarity.  They must be handled with care; the result might be disastrous.

I learned firsthand to use caution when implementing the perennial power of parentheses, too. Those captivatingly seductive curves designed to catch and contain, but seldom without rigidly logical expectations.  Far too often I get caught in the freeplay provided by their little literary sandboxes, those delightful, unregulated spaces that end up being just for me.

The record for my most parenthetical thought currently stands at two and a half pages.  Single spaced.  And lacking indentations.  But that is an entirely different story and I am certain that the punctuation marks required to fully explain that happenstance has not even been invented yet.  So I must remind myself to use parentheses sparingly, despite the temptation of their freewheeling possibilities.  Otherwise, things tend to get murky and I yearn only for simple clarity.

I am also a fan of the barren scar of the ellipsis.  Those three little dots that speak volumes by the words they cover and camouflage; those targeted bits of the story surgically avoided with precise intent.  While technically removing parts from a larger whole, they somehow add powerfully to the narrative by virtue of what they strip away.  Neither hollow nor defined…. fragmented and familiar…. secretively exploited to fill in their blanks with dignified evasion.

And I find that sexy.  Because sometimes, the most seductive part of the story is the one left unwritten and I often revel unashamed in the naked power of that disparity.

Yes, I realize there are all the other background players, too. The ampersand.  The braces. The little alligator mouths*, feeding on things either greater or less than itself- at least that’s what I was taught, back in the lead-tainted PBS days of the late 1970s.   The injected marks of exclamation that too often seem forced and feel fake because you should never have to market genuine enthusiasm quite so pointedly.

Somehow, all those other collected marks of punctuation, hiding on the keyboard’s edge and so seldom used, remind me of distant cousins lingering at some long overdue family reunion.  There is an obviously valuable purpose behind them, but by reason of either geography or context, they simply are not part of the page to page experience.  That doesn’t mean that there isn’t some comfort knowing that they are out there, easily within reach, if ever needed, though they seldom are.

These small marks of punctuation are the only friends that haven’t fully abandoned me yet; they all serve a meaningful purpose.  And it is my job to dole them out as the story dictates, as I stumble down this journey to be a successful writer. Whatever the hell that even means.

While they are often a pain, and sometimes confusingly inconvenient, I realize the world would be a far messier place without them.  Because all that really matters upon reaching the end of the page is that you have left your mark.   And that you told an honest story.

Everything else is just bullshit.

*Yes, I know they are angle brackets.  I just prefer thinking of them as little alligator mouths and you’ll never change my mind. 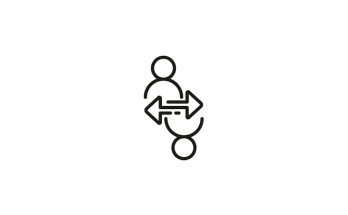 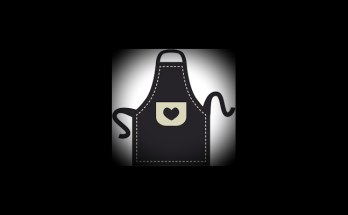 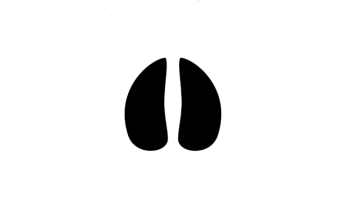